In loving memory of Louis Schloss (Board) & Philip Seymour Hoffman (Advisory)
for their constant support and GUIDANCE to continue our work... 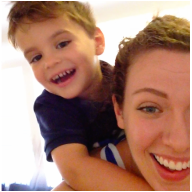 Megan Greener (Co-Program Director)
​Megan is a New York-trained actor, who was born and raised in Northern New Jersey. Spending most of her childhood and teenage years as an athlete (aside from one or two minor, hilarious involvements in elementary school theatrical productions), it was not until her later high school years that she discovered the raw sense of personal and artistic fulfillment that only theatre provided. After graduating from Montville Township High School, Megan attended Montclair State University, where she received her B.A. in Theatre Studies. During her senior, she was a national competitor for the Irene Ryan Acting Partner Award at the Kennedy Center American College Theatre Festival. A year later, she attended the 2-year Meisner professional training program at the Maggie Flanigan Studio in Chelsea, New York, where she studied under Maggie Flanigan, herself. Megan has been working consistently in both the New York and New Jersey area, most frequently with theatrical groups such as Strangedog Theatre Company (which frequently features the works of award-winning resident playwright, Ben Clawson), and the Secret Theatre, in Long Island City, Queens. Favorite credits include: The Shape of Things, Our Lady of 121st Street, A Midsummer Night's Dream, Basic Help (play written by Ben Clawson, in which she originated the role of Cynthia), Kitty Kitty Kitty, Much Ado About Nothing, Richard III, SubUrbia, and as an acting apprentice/understudy for the world premiere of one of Terrence McNally’s most recent plays, And Away We Go, at the Pearl Theatre in New York. She is also a member of New York-based theatre companies, The American Renaissance Theatre Company; Hamlet Isn't Dead, a Shakespeare company whose mission is to produce the entire canon in chronological order. When not working as an actor, Megan is a teaching artist. She is the associate artistic director of The Fine Arts Connection, a performing arts studio in Pine Brook, NJ - where she co-teaches group theatre classes for grades K-12 alongside actor and artistic director, Loren Christopher, and is also a private acting coach for both recreational and professional students of all ages. 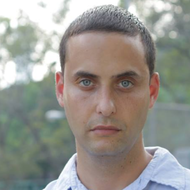 Ben Snyder (Literary Director/Co-Producer of REBEL VERSES)
Ben is a playwright and educator, who has studied with Amy Freed at the American Conservatory Theater of San Francisco and Wendy Wasserstein at New York University’s Tisch School of the Arts. Ben’s writing credits include: Where I’m At These Days (2002), You Can Clap Now (2002), In Case You Forget (2001), Everything And Nothing (2000), Quixotic Erotic (1999), and I Had a Near Life Experience, My Death Flashed Before My Eyes (1999). His plays have been produced at Center Stage/NY, P.S. 122, A.C.T, Cal Arts, the Bronx Museum’s Teen Outreach, and in the 2001 and 2002 New York City Hip Hop Theater Festival. Other credits include: “Rebel Verses” (co-producer) and “Standards of Beauty” (director).  As an educator, Ben collaborated with students at East Side Community High School, to produce the original play, “A Slap of Reality”. Ben was head facilitator of a Race Relations workshop at the Bronx High School of Social Change and a guest speaker on ‘The Pedagogy of Race” at New School University. He worked as an Actor Teacher with N.Y.U.’s Creative Arts Team (2000-2002) and with Arts In Action’s, “Jus Once” HIV/AIDS Educational Theater Workshop, Trinidad, West Indies (2001). He also led a playwright’s workshop in the Center of Creative and Festival Arts, University of the West Indies (2001). Ben is a mentor with Our Children, a program servicing the children of incarcerated women. For the summer of 2002 he worked as counselor at New World Theater’s summer youth program, Project 2050. Ben is DATCO’s Director of the Literary Department, as well as a resident playwright and instructor. Honors and Awards include: California State Art Scholar (1997, 1998), National Americorps Education Award (2001), Guest playwright at LAByrinth Theater Company's Summer Intensive (2000, 2002). Along with long time friend and collaborator Ari Issler, Ben teamed up to write, produce, and direct film and television projects. Ari and Ben’s original screenplay Birthright, a romantic comedy set in Israel and Palestine, is currently in development with Reza Aslan’s production company Boom Gen Studios. Their original thriller Rivers of January, a modern noir set in the live music and club scenes of Rio de Janeiro has Sebastian Cordero attached to direct. Ari and Ben’s short film, Hector is Gonna Kill Nate, premiered at the 2011 Aspen ShortsFest, and was nationally broadcast by PBS's On Story. Their original TV pilot, Nobody's Nobody's, starring Michael K. Williams (The Wire, Boardwalk Empire), has been optioned by Fremantle Media. Ari and Ben's most recent short, Home, premiered at the 2013 Cannes Film Festival. 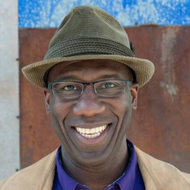 Russell G. Jones (Director of Outreach Programs)
Russell G. Jones is an Auldeco, OBIE and SAG Award winning actor that has been seen on stage (The Samuel J. Friedman, The Signature, Manhattan Theater Club, Second Stage, The Public, Mark Taper Forum) on film (Motherless Brooklyn, Detroit, Side Effects, Traffic) and on TV (Bull, The Last OG, Godless and The Americans). Currently he is a series regular opposite Edie Falco on CBS's 'Tommy'. He has worked for over two decades as a director, facilitator, moderator and as a teaching artist creating programming, workshops and curriculum for Artsgenesis, the ABC+ Program, Developing Artists Theater Company, The National Black Theater, Community Word Project, LAByrinth Theater Company, Periwinkle National Theatre, The Liberty Partnerships Program at Bank Street Teachers College, Bronx Academy of Letters and The Cleveland Public Theater. Mr. Jones has been a member of The LAByrinth Theater Company since 1995 where he has worn many hats including teaching in the Master Class, Ensemble Workshop and Intensive Ensemble. He was the Program Coordinator for the 2014 Intensive Ensemble and has served on LAByrinth’s Board of Directors in the member seat. He currently serves on the Artistic Advisory Board at HB Studio, the Artistic Advisory Council at Developing Artists and on the Board of Directors at Ensemble Studio Theater. He is also the founder of BLIND SPOT a campaign that facilitates cross cultural dialogue and critical thinking so more of us can recognize and resist internalized and systemic oppression.
www.russellgjones.com
www.blindspotexperience.com 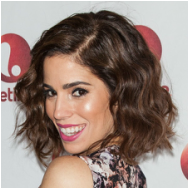 Ana Ortiz (Board)
The talented and vibrant Ana Ortiz broke out in ABC’s hit comedy Ugly Betty, earning her both ALMA and Imagen Awards for Best Supporting Actress. She is currently starring in Marc Cherry's hit show for Lifetime, Devious Maids. Ana is a member of LAByrinth Theater Company, where she delivered bravura performances under the direction of Academy Award winner Philip Seymour Hoffman in Stephen Adly Guirgis’ In Arabia, We’d All Be Kings. She also appeared in the John Patrick Shanley’s  A Winter Party. She continued her theatre career in New York with shows such as Game of Patience, The Photographer, Matta of Time, Faust Invitro, and Mister. After developing substantial theater credits and outstanding reviews, Ortiz moved to television and guest starred on How to get away with murder, Revenge, Marry me, Covert Affairs, Everybody Loves Raymond and ER. Along with her starring role opposite Kelsey Grammer in the television film Mr. St. Nick, her feature film credits include Tortilla Heaven, Miramax’s Carolina, Little Girl Lost: The Delimar Vera Story and Big Mommas House 3:Like Father, Like Son, "Sleeping With the Fishes” and “Love is all you need”. 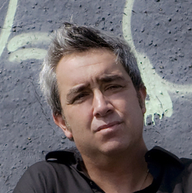 Stephen Adly Gurigis (Board)
Stephen is an American playwright, screenwriter, director, and actor. He is a member and a former co-artistic director of New York City's LAByrinth Theater Company. His plays have been produced both Off-Broadway and on Broadway as well as in the UK. His play Between Riverside and Crazy won the 2015 Pulitzer Prize for Drama. His plays have been performed on five continents and throughout the United States. Jesus Hopped the 'A' Train, Our Lady of 121st Street, In Arabia We'd All Be Kings, The Last Days of Judas Iscariot and The Little Flower of East Orange were all produced by LAByrinth and directed by Philip Seymour Hoffman. Judas and Little Flower were co-productions with the Public Theater. Other plays include Den of Thieves, Race Religion Politics, Dominica: The Fat Ugly Ho and the upcomingUntitled/St. Paul play. UK and regional premieres at the Donmar Warehouse (Olivier nom.), the Almeida (dir. Rupert Goold), the Arts, the Hampstead, Edinburgh (Fringe First Award) and two Midwest premieres at Steppenwolf. New Dramatists alumnus, MCC Playwrights and Ojai Playwrights member. TV writing credits include NBC's "UC: Undercover," David Milch's CBS drama "Big Apple," "NYPD Blue" and "The Sopranos."

David Zayas (Board)
David is a Puerto Rican actor. He is most known for his roles as Angel Batista on Showtime's series Dexter, the cop at the poker game in the movie Rounders, Enrique Morales on the HBO prison drama series Oz, and as Sal Maroni on Gotham. Zayas joined the United States Air Force at age 19. He was a police officer with the New York City Police Department for almost 15 years. His career as a police officer allowed him to develop as a character actor, leading to a series of acting jobs on television and film mainly playing law enforcement officers. His experience in law enforcement helped him play characters on the other side of the law, like Enrique Morales on HBO's long-running prison-drama Oz.  Zayas was a main cast member of Dexter for all of its eight seasons. Zayas has been a member of the LAByrinth Theater Company since 1992, a New York City-based traveling actors group. He branched out into television and film projects, and has diversified with guest roles in such popular television series such as New York Undercover, Person of Interest, and NYPD Blue.[2] At LAByrinth, he met his future wife, actress Liza Colón. Zayas played a corrupt police officer in 16 Blocks (2006) and an NYPD officer in Michael Clayton (2007).  He is featured in the 2010 independent film Shadowboxing, which appeared on the film festival circuit. He appears in Sylvester Stallone's feature film The Expendables and The Brothers Strause's film Skyline. In 2012, Zayas played Ernie Trask, a hotel super, in the twelfth episode of season 1 of Person of Interest. Zayas appeared in an episode of Fox's drama The Following, playing the part of Tyson, Ryan Hardy's (retired) FBI best friend. Zayas portrays mob boss Don Salvatore Maroni in the Batman prequel, Gotham, which premiered on Fox on September 22, 2014.